Since the advent of online marketing, ever-expanding e-commerce took over the business sector, including the handbag and purse industry. Increasing at an unprecedented rate, the digital market gives you an opportunity to sell and purchase products more efficiently than ever. If you are a retailer, then there isn’t a better place to sell handbags than Read more about Best Place to Sell Designer Bags (Top 3)[…]

This song is every little girl’s jam growing up. To have a magic bag like Dora’s is our ultimate fantasy, and let’s be honest, the fantasy never leaves us even after growing up. We still want a magic bag that can carry anything and everything. But once you’re older, you realize there’s no such thing Read more about Best Designer Handbags for Commuting to Work[…]

Considered an epitome of opulence, high-end designer handbags have given great luxury to the consumers. That luxury is pretty much impossible to replicate unless the manufacturers are Louis Vuitton, Coach, Hermes, Dior, Chanel, and many others themselves. But every industry is infected with fraudulent retailers, trying to sell out apparently identical copies of original products. Read more about How to spot a fake Designer Bag?[…] 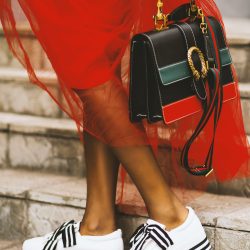 Change is an inevitable rule of the modern-day fashion world. Something which is popular today may not be the same tomorrow. However, there are exceptions like perpetual handbag trends in 2020, that consistently remain on top of the industry. Despite the ever-changing nature of the marketplace, why some designer bags are always trendy? It is Read more about What Handbag Trends does 2020 bring? Handbag Marketplaces in 2021[…]

People are often scammed when they are buying designer bags from different websites or shops with cheaper looking replicas that the sellers claim to be authentic.  If you want to save yourself from any type of scam or misunderstanding, here is a useful guide that can help you differentiate between the best designer handbags and Read more about Major Difference between Designer Handbags and Replica Handbags[…]

Do you want to know how to clean your leather handbag to keep them under the care and new so they can last longer? Well, worry no more because here we are with a guide on how to clean leather handbags with ease and precision. 1. Consult the Professionals The first thing that you must Read more about How to Clean Leather Designer Handbag (Guide 2020)[…]

Get Cash in Exchange of Your Old Designer Bags with Ease Do you want to upgrade your old handbag collection without spending too much money? Well, worry no more, because you can do that from the comforts of your home. You can quickly sell your old or used designer handbags online in exchange for cash. Read more about Top 5 Important Facts about Reselling your Designer Bags Online[…]

Is it worth it to sell designer handbags for cash? Luxury handbags add value to your wardrobe. A lot of women love to add designer bags to their collection for their quality and elegant style. However, many do not realize that when you are short on cash, these branded bags could come quite in handy. Read more about Sell your Handbags for Cash![…]

Fashion changes like the wind. The once famous tote bags for daily use are now only famous for workplaces. We have seen the bags trend move from small to large, flip overs to zipped, and chained to leather strapped. It’s highly likely that you are now over your once loved designer bag and it lies Read more about How to Resell Popular Branded Handbag: Your Top 5 Questions Answered![…]